The City of West Hollywood has long supported increasing its transit options. Starting in 2015, the City approved a plan to conduct outreach and build public support of a Metro rail project that would extend the Crenshaw/LAX line to connect to high volume destinations including LACMA, Pacific Design Center, the Beverly Center retail complex, Cedars-Sinai Medical Center, and other popular landmarks.

TRG, working on behalf of the City of West Hollywood, has been leading outreach and public education activities since 2015.

The City of West Hollywood, consistent and determined in their historical role as proactive transit advocates, is funding efforts to accelerate this timeline and has established two advocacy groups, West Hollywood Advocates for Metro (WHAM), and the All on Board Coalition (AOB), to provide ongoing public education and support within West Hollywood and throughout Los Angeles County.

After our extensive outreach campaign to garner support for the Northern Crenshaw Extension, the Metro Board unanimously approved a $50 million contract to begin the environmental analysis stage of the project during their August 2020 Board Meeting – 20 years before their original plans projected construction to begin. View the support video we put together for the Metro Board here.

Crenshaw North would create a new north-south rail connection from LAX and Inglewood through Mid City and West Hollywood to Hollywood where it will connect with the Metro Red Line (B)—and potentially the Hollywood Bowl! There are currently three different route options being studied by Metro, but only the Fairfax-San Vicente Hybrid alignment would serve all the major destinations in Mid City and WeHo. This would benefit a wide range of underserved communities along the way and provide direct access to four times as many jobs and twice as many residents compared to the La Brea alignment.
Metro began their formal public scoping period for the Northern Extension of the Metro Crenshaw/ LAX Line on April 15 and closed on May 28, 2021.
To learn more about the three alignments under consideration in Metro’s environmental process, visit whamrail.com. 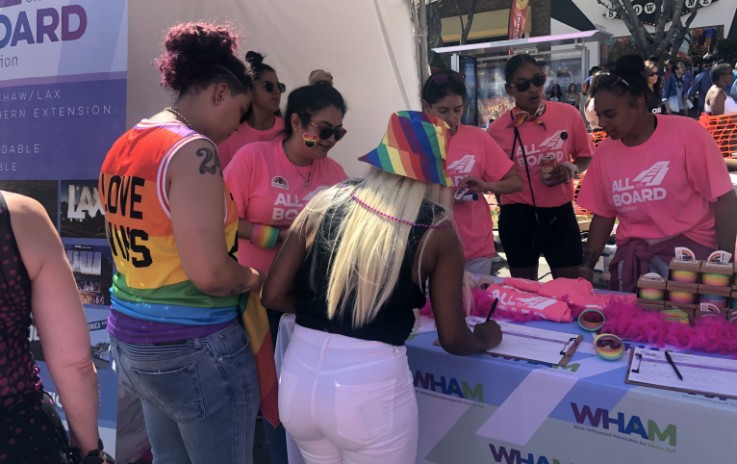 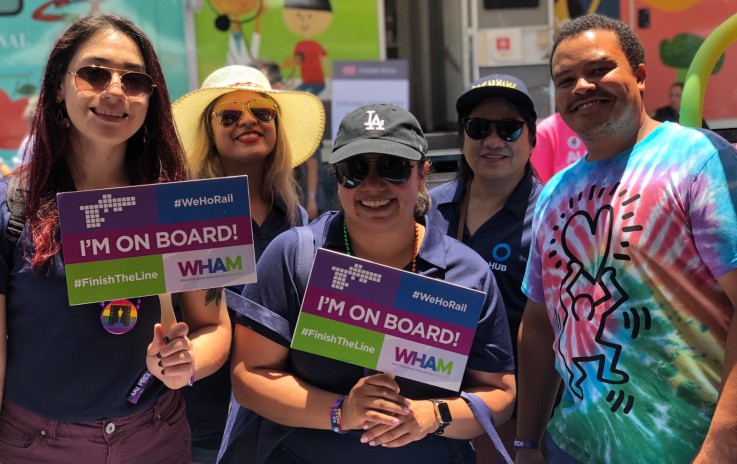 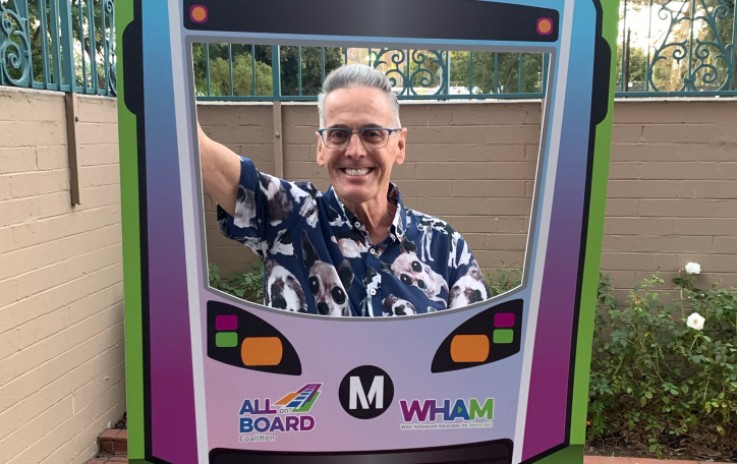 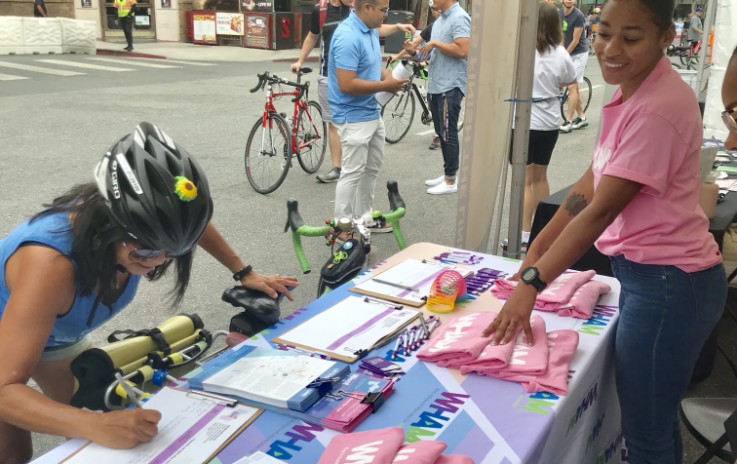 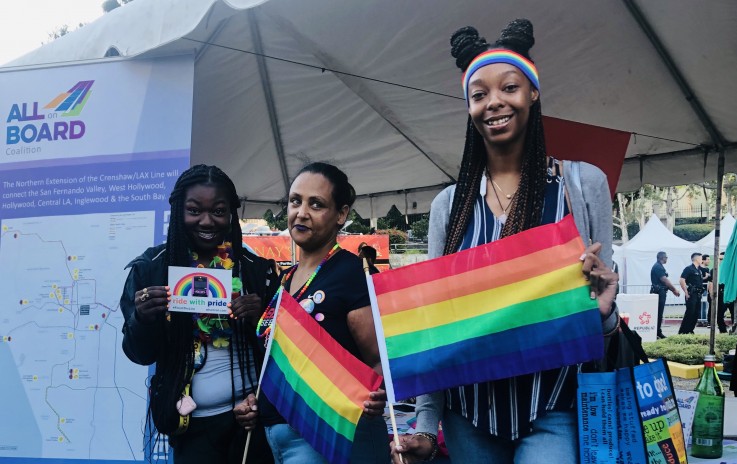 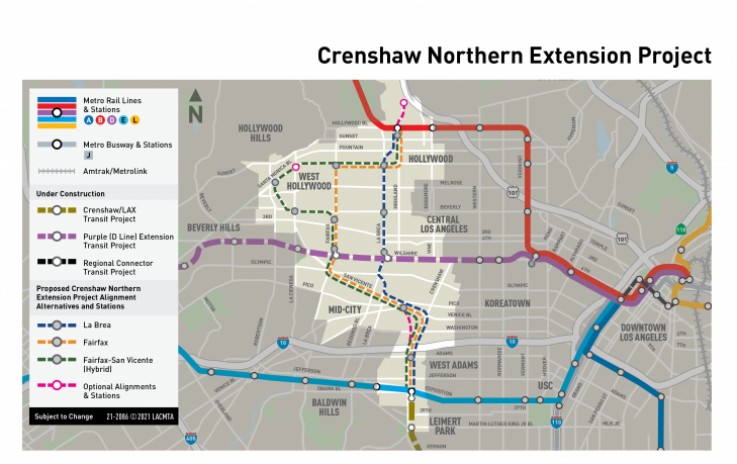 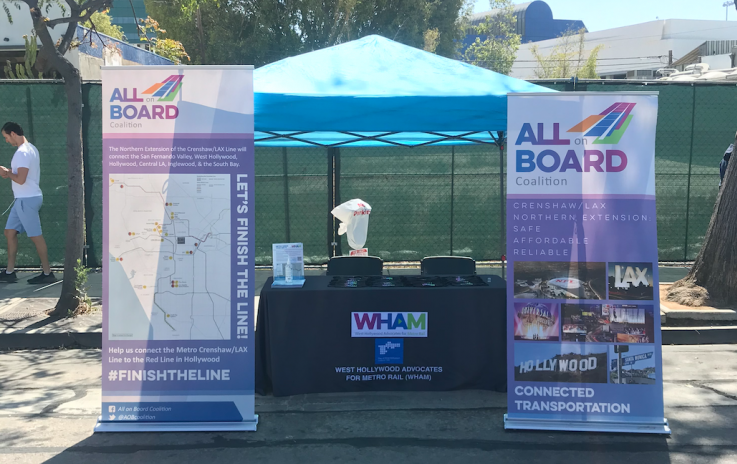