Since 2007, TRG has led the community outreach and public participation effort for the Regional Connector Transit Corridor Project; connecting Metro’s Gold, Blue, and Expo lines through Downtown Los Angeles. Slated to open in 2019, three new Metro stations will be built adjacent to the Japanese American National Museum, the LA Times Building, and the Walt Disney Concert Hall. The extension will offer commuters access from Santa Monica to East Los Angeles, and from Pasadena to Long Beach, all in a “one-seat ride.”

TRG continues to assist Metro through construction in meeting its goals of accommodating expected ridership increases; supporting the resurgence of Downtown Los Angeles as a business, cultural, and residential hub; and improving mobility throughout the region.

Throughout this project, TRG fully addressed the following challenges faced within the project:

The Regional Connector was also mentioned in the Best of Architecture by the LA Times in 2014! 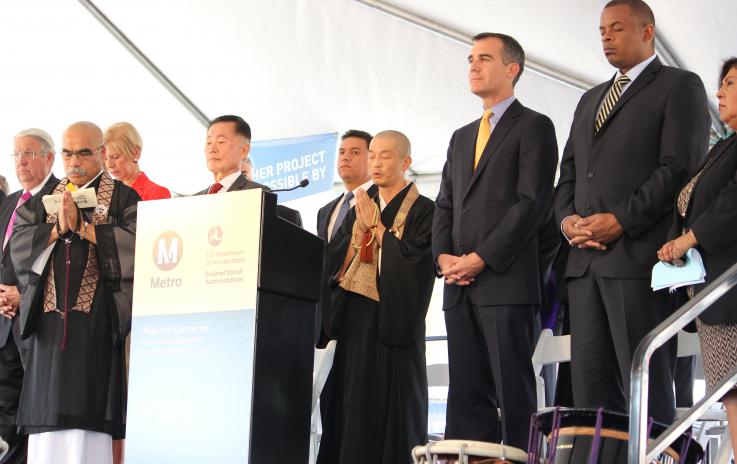 Opening ceremony for the groundbreaking. 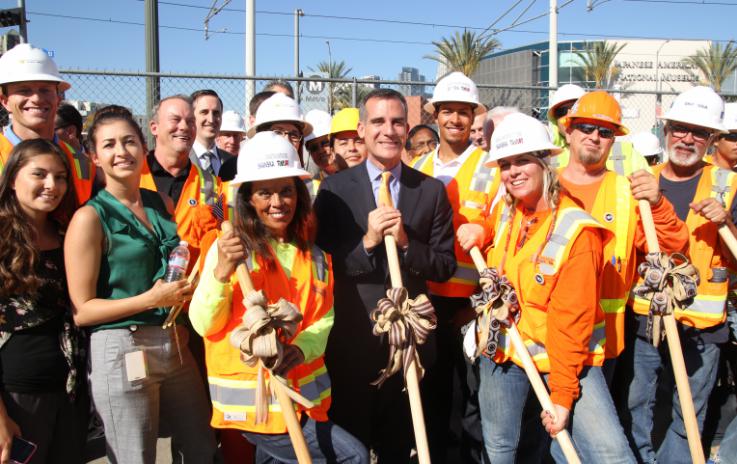 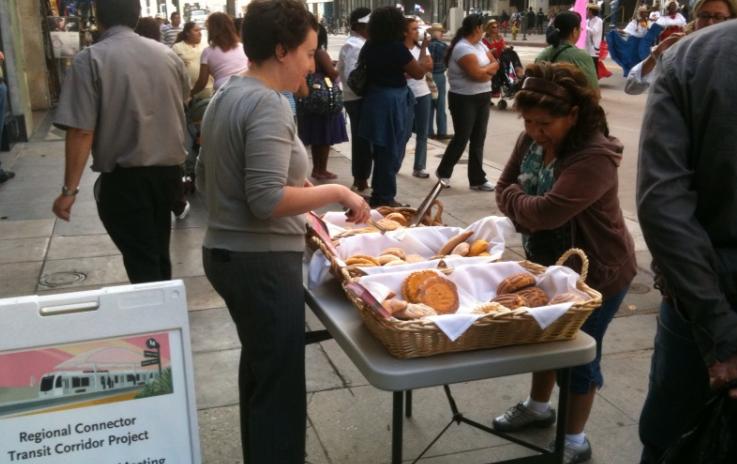 Snacks prior to a community update meeting. 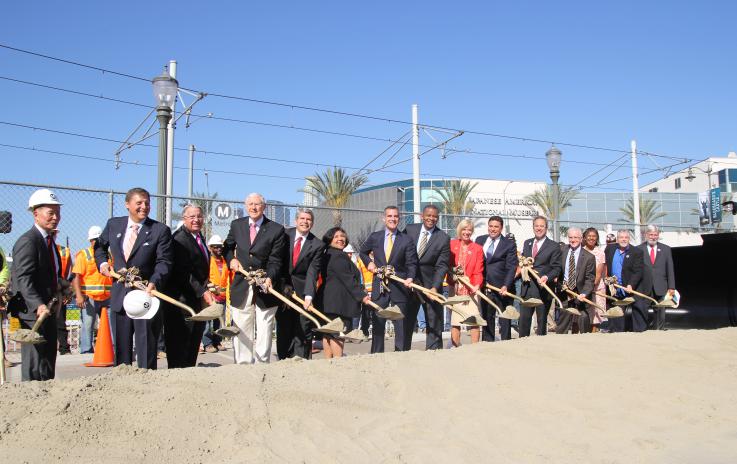 The ground has been broken! 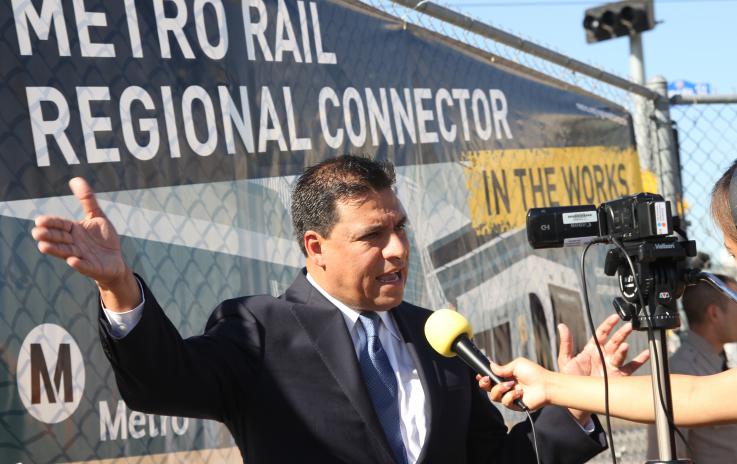 Councilmember Huizar being interviewed on the Regional Connector. 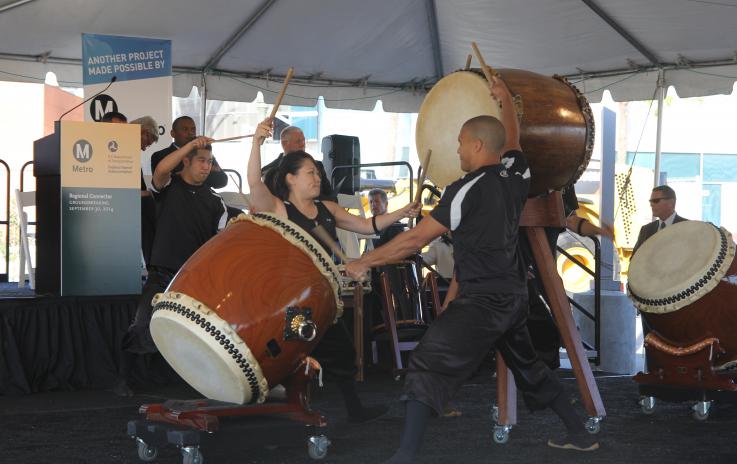 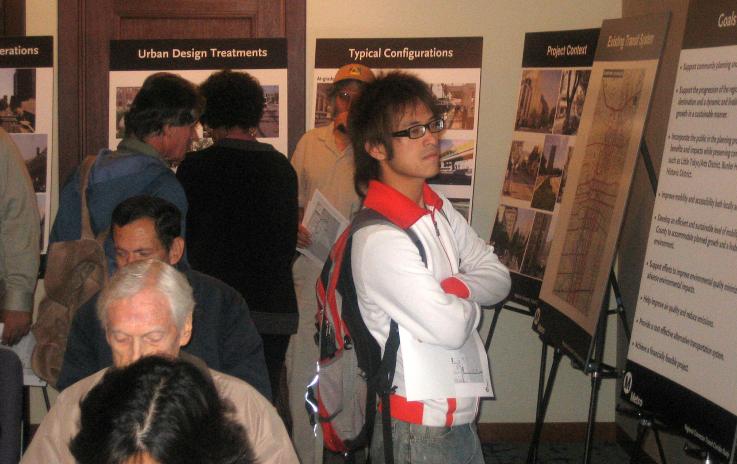 Stakeholders during a scoping meeting.